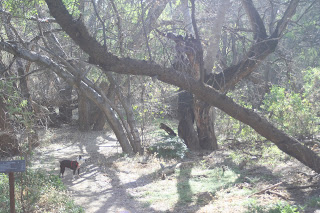 At the time of this morning’s pawing, I’ve had just the one margarita. As many of you may also reason, my sun is over the yardarm somewhere.  On a normal day, this liquid indulgence would be a tad early for me but lately I’ve been under some stress. If you read my previous blog, you know arrival here was not a July picnic in Montana. Well, we survived that “tough trip to Tubac” and began to settle into a lovely rhythm, which served me nicely for a few days. Then Annie disappeared into that abyss called the Tubac Art Festival. One week of discovery and success for her but one week alone with clarko for me. Certainly the reassurances and bribes from Annie as she walked out the villa door in the morning were appreciated. But after that..oddness and silence.  Clark did a sing along with Pandora and mimicked John Denver, Buck Owens, Aretha, and of course, Marty Robbins.  Thinly masked entertainment always brings me to my knees. And this was only the beginning.  Clarko is compulsive about the bowel movement, mine that is.  For you readers, know that I require no assistance in this arena. I feel clarko lacks a basic trust in what I control.  This is how it generally unfolds: We go to the back yard. I observe that he has two Safeway baggies in his rear pocket presumably for my detritus. He barks a few shouts of human encouragement for me to do something, and I cannot produce… much like a farmer with a bad crop.  At this stage of my life if you can’t do it, you don’t produce it.  We head back into our villa and I’m thinking, I’d rather poo on the carpet than surrender my free will. 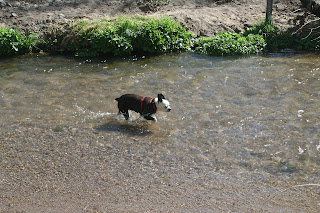 Oh my, I suspect I’ve ventured into the world of national politics with my expressions.  I used to be a democrat kind of Bostie back in another day although I never officially registered. So many of us don’t want to be registered. Nor do I wear my tags well. Annie puts them on me when we go through Border Security, for my own protection I guess.  Generally, I simply dislike being put into a category, even one that says I’ve had my shots and am not a threat to national safety. Some of you may have recently viewed my image on Face book or wherever Annie chooses to toss me.  I say right here on social media that my hairline, like Donald’s is genuine. In fact, I assert that you can easily view more of my frontal lobes than Donald’s. Surely you remember from your reading of psychology today that the lobes govern stuff like judgment, problem solving, speech, etc. Since these are valuable assets for any president I assert that candidates should be required to expose their frontal lobes so we can all see what the old control panel looks like. My final observation of the day is offered in defense of my friend, the duck. There are many of them in the pond near where we live. Mostly, they play happily together in the pond, keep to themselves, pleased with the sun and water, and are appreciated by people who like green grass, which the ducks help fertilize. No duck ever did me any harm. Just remember as the crazy days approach, a vote for Donald is not a vote for a duck.