Greetings fellow canines and human friends. Just to set your hearts and noggins to rest, I’ve

been vaccinated in case you want to visit. I chose the vaccine with the cognitive enhancer

which, as I’ve read will result in at least a 6 point increase in my full scale bow wow score. To

date, I’m still waiting for its impact upon my thinking. Don’t get me wrong, I can still perform

my usual tasks. I remember the location of the food bowl, I know where the doors are located

for my daily exits, but my reading seems to have slipped a bit. Multi syllable words are causing

my fur to dander. Occasionally I holler at Clark for some help in this arena but he seems to

experiencing some of the same difficulty. I hope the enhancer kicks in for both of us quickly as

I have a few meetings later this summer which require my full capacity and he has stuff to do.

My doggie friends. I certainly hope you have received the vaccine. I could say “hope and pray”

but we Bosties don’t pray, we trust. We trust that when we get vaccinated for things I do not

entirely understand the shot will prevent worms from taking over my system. I trust I will not fall

prey to measles or dog polio. As some of you may know we doggies have had the vaccines for

decades. You may not know this, but these health bumps are more than maladies to Bosties.

We succumb. I do not wish to cash in my precious chips, thus when Annie says,”load er up,” I

know there’s a hypodermic with my name on it. I’m ok with that.

Dang, I deplore talking about health issues, it’s not my nature but here goes: My hearing seems

to be seeping away. I know this because I cannot hear, yet I have these other sensory powers.

Here’s how it unfolds. I’m sleeping on the couch…blissfully. Before I can see him nor obviously

hear him coming, Clark sneaks up on me and gives me the “hey buddy, let’s play.” This

expression is always associated with some demonic wrangling of my ears, which we Bosties

deplore…it’s for Labradoodles. I give him a long yawn hoping he’ll go away. If anything, Clark is

persistent. It continues in this fashion until I finally bite him. He removes himself and seeks

solace from Annie. That girl saves his tush in so many ways.

Be assured mates, we are pushing through here in the Lincoln Metroplex. It’s been smokey and

some of my friends seem to be snared up about social issues. The one thing I notice as Annie

and I do a creek walk is: hey, where’s the water? This is disturbing for me and my friends. I’m a

little embarrassed as my reading is not so contemporary on this global warming business.

Furthermore, I don’t know what’s going on downstream. Nonetheless, my friends and I have

agreed to be careful with the water. We have formed an alliance not to pee in the water as we

all require it. If it seems I’m waxing philosophical here, well that’s who we Bosties are. Thankful 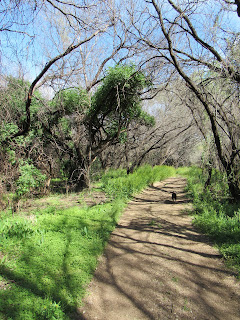 for every day but not so adept at enduring other dogpoo when it’s on my trail.

Sending out a boat load of good vibrations tonight. Kindness and gratitudes to all who we meet. The eyes tell it all. 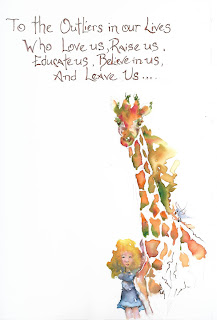 Hello fellow canines and the humans we own. Well, once again I find myself in Tubac, AZ. We

seem to be acculturized to this place. Kinda like homogenized only different. It’s a sweet little

spot here and the weather seems to fit our clothes. (Skipping over the ocean like a stone)

Thank you Donovan. To date I have spotted no lizards. I know they’re out there as I can smell

them. For Bosties this scent is not fragrant. It’s nothing like huffing a poodle or even a

schnowzer. From my observations of previous trips I’ve noted the crafty roadrunner is undetected.

I’m ok with this as he makes me nervous. He’s just too dang fast for me to get out of

the way and that beak is terrifying. I’m sure he’ll arrive before long as he knows I’m sleeping

here. He haunts my dreams.

I took a road trip with Annie and Clark to Nogales last week. I thought we were going to see the

futile Donald wall and Annie would do some casual graffiti but this was not the case. It was not

disguised their intent. It appears I have bulging eye syndrome. Not a fatal condition just a pain

in the eye. As a result of this surprise I have the displeasure of eye ointment daily. What we

pooches don’t tolerate for our people. Anyway, I guess this is the stuff that happens as we

push along our life’s trail. On a positive note the vet was good enough and a graduate of

Northern Nogales School of Vetinary something. A plaque on his wall said he had a solid GPA.

The other patients didn’t smell that bad so I tolerated the ordeal, except for that rectal thermometer.

Annie is a good swimmer. We have a pool and I’m told it’s heated. Insignificant to me as I am a

sinker and dare not enter the thing called water. I have entertained the thought but I am a prudent

Bostie as we, like some humans are top heavy. Clark has developed a scoring card for

Annie’s water entries. From what I understand it’s built around 2 scales: 1. Degree of difficulty

and 2. Technical merit. She appears to earn low scores for degree of difficulty but earns mediocre

marks for technical merit. Interpret this for yourself. She makes me so proud. I’ve heard

from Annie that Clark is doing well. Truth be known, I saw him get on his bike and although the

thereafter. I was surprised and pleased upon his return as he provides snacks Annie does not

think are healthy for me.

I’ve heard my people talk of trips to art galleries followed by something called margaritas. From

by food and more margaritas. We Bosties are more intrinsically driven I think and less prone to

outside influences such as tequila. Personally, a little chicken broth is heavenly. The days are

blissful and warm in Tubac. Annie applies sunscreen to my tender fur each day and rubs the

excess on herself. Clark seems resistive to this concept and has subsequently blistered his

hide. He calls it a tan. I shake my head at him and wonder. As I have previously written, I like

pretty much all the differences that go along with living here a short time. The atmosphere, the

southwest dog food, the siestas, rides in the truck, blah blah blah. To me the differences aren’t

better nor worse than my beloved Montana they just help me celebrate our sameness.