2016 approaches... I lean into the sense, feeling, the essence of 2016...ever hopeful.
It is a day of reflection and I pick up journal entries that whisper remember when.

"Mystery of being a woman
the balance that is needed
the silent quiet strength that runs in our veins
the ache & longing for healing.. for peace
the sense of mothering & longing despite
the push to play with solitude.
A world of patriarchal domination
seeking males for their balance with
masculine/feminine"

"Many women choose to not give birth
But they still birth
They birth ideas, they birth love & understanding
They birth a bold new world
Mothering is always a part of it
The very act of bleeding reminds our body of who
we are."-Annie

"The tears we shed,
just as mother earth sheds,
washes the earth clean.
Early on I was told
emotions were to be kept checked,
I matured... wisdom of the sages grew within me
Solitude became a friend
It was ok to be emotional, to cry for the world,
for mother earth, release... cleanse
Healing began."- Annie

"There is a crack in everything, that's how the light gets in." - Leonard Cohen


Energy exists in all living matter... how living matter is touched, seen, heard, breathed upon affects it's very molecular existence.
Vibrations run deeply through living matter...
When we form a circle, a circle of intention, with hands of love we encircle this world,
our earth.
We make a difference by loving through obstacles,
through barriers, through creation
just as a child is formed in the circle of the uterus,
thoughts of love are formed in the circle of the heart.
When we are thrown off kilter,
our hearts are troubled
we gently pick up objects with our hands
we allow ourselves to dream
to create" - Annie 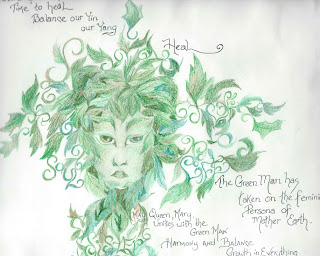 In honor of Meinrad Craighead 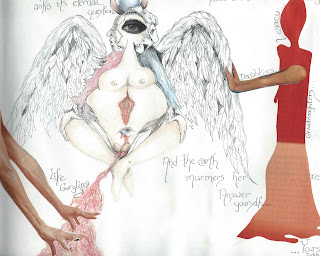 To the women of Meinrad's retreat 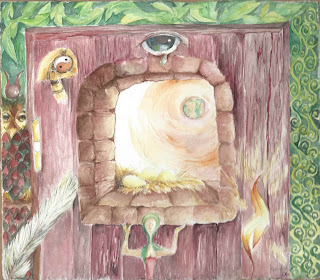 You opened doors & windows into my heart 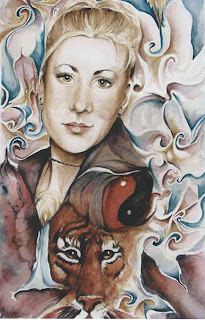 "Spirit Revealed"
These open doors & windows trickled up into my daughter & my mother... and all feminine spirits who surround me 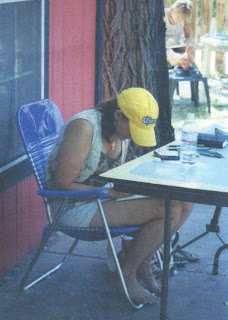