Ok, some giggle moments! As I heard the sound of the gila woodpecker out our front deck I began to watch to see what the rascal was up to...
They are extremely shy so he began ducking behind a post from which hung the hummingbird feeder. I became a cement statue and as I watched he began to sneak drinks from... you guessed it the hummingbird feeder. How hilarious.
I caught a quick picture below. 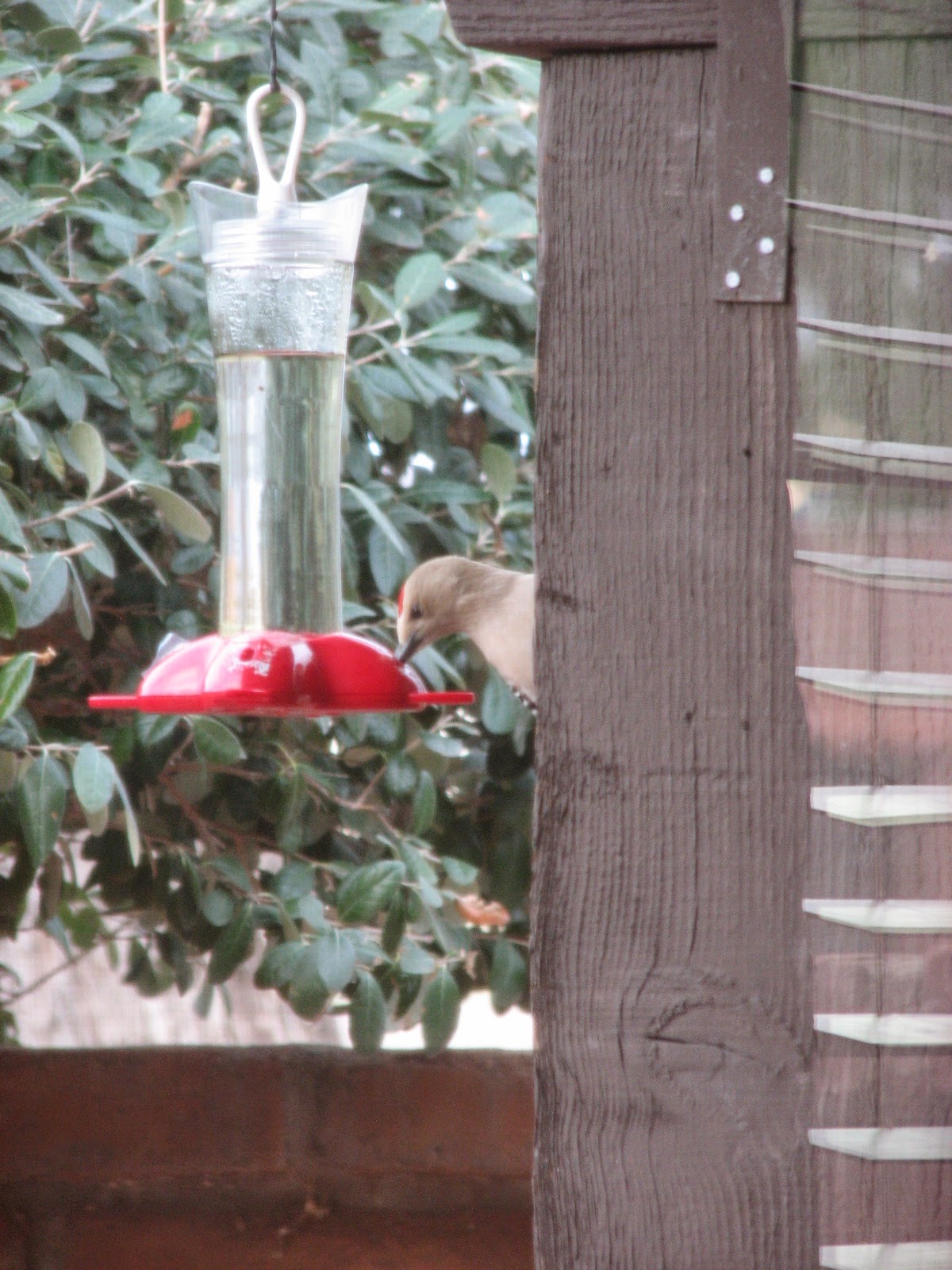 A bright note of success today.
I was asked to show my work at Beads of Tubac/School of Art. I am thrilled and excited to be represented by Margaret Rose's Gallery. I have also been given the chance to teach batik and watercolor dyes on fabric and yupo paper next spring as well! Very exciting.
I look forward to getting home to the bitterroot and sharing ideas. I have included two of the acrylic/oils that will be

in the gallery. Forgive the photography, for it was taken by mewah. 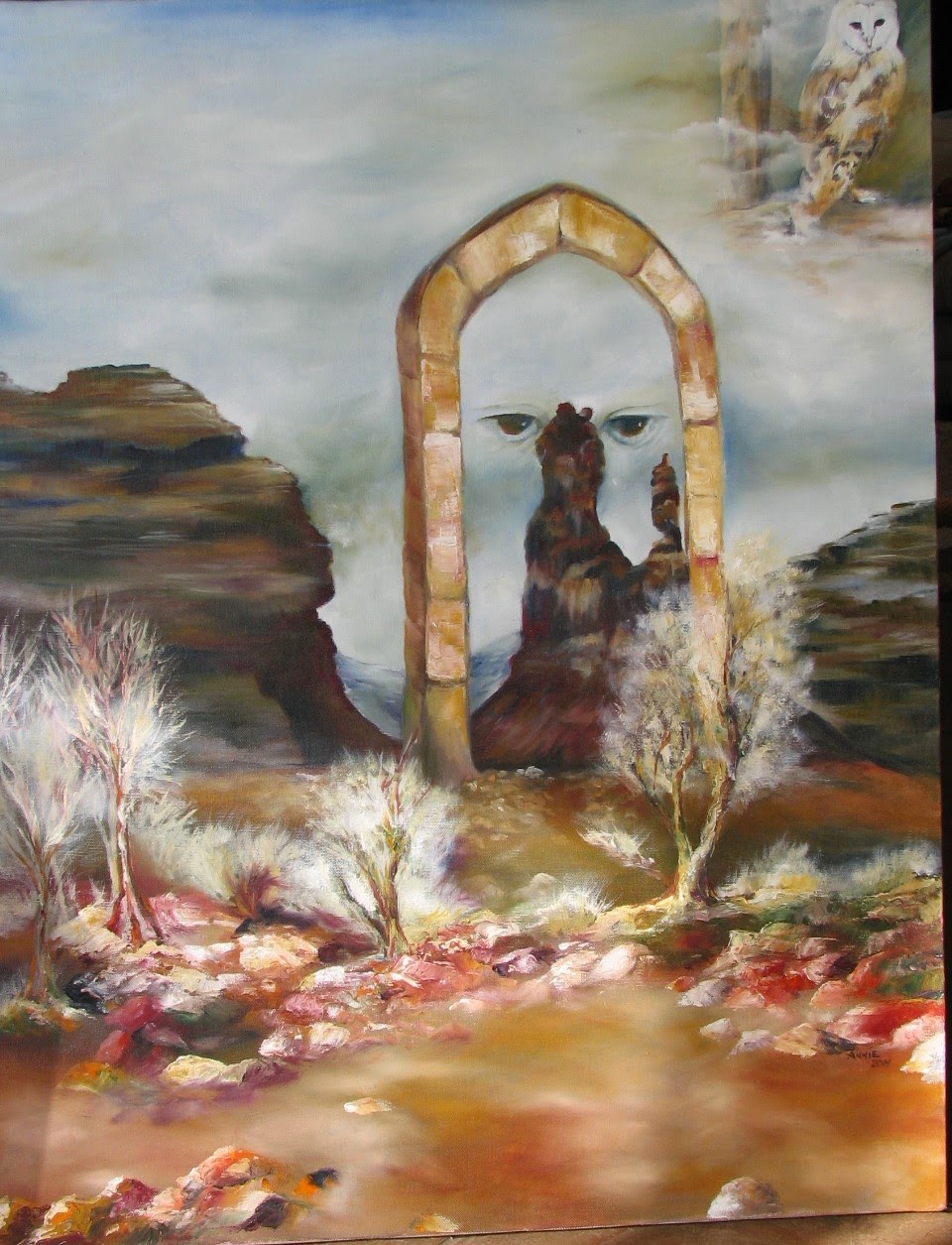