We left Moab at 10:30 am and entered snow, ah this feels familiar. I've been on such a high for so many days that my stomach has been doing the wattotse (poor Trace, for those of you who know me that spells gas in a big way and yes you could run your car and a small town upon the gas that I normally expel and now this....). We headed out with bikes in tow prepared to ride at any cost. We got our wish at "looking glass rock" and headed up the red sand road with gloves and hats on... 31 degrees and a cool sun shining upon us! It was exhilirating. We did decide to leave the bosty in the toasty warm car though.. she would have froze her ass and other small parts off with these temps. Trace nicknamed me one gear Annie as I huffed and puffed my way back to the car!!
We then headed south to Bluff through the snow storm and finally entered Bluff at 50 degrees (we had only traveled 200 miles, what a wonderfully strange earth we live upon). Bluff is simply put amazing. The bluffs surround the town which is upon the San Juan creek bed... Cottonwoods float around the banks, old homes of stone, stick and adobe are around the landscape.. The history is in every breath you take (and I mean that literally). Indian ruins are everywhere from kivas (old pueblo housing from centuries ago) to rock art following the San Juan river. We skirted the banks of the river with Enya scampering in front of us, nose to the ground for delicious smells. Herons and geese filled the banks of red sand. We then hiked to the other side of town to discover the old Indian ruins and a very old cemetary on top of the hill that overlooks Bluff.. we were surrounded by ghosts and memories.. The town not only housed native culture from long ago but boasted in it's hay day of cattle barons and large glamorous homes of which some still stand in ghostly memory. It is as though the wild wild west rose from the red sand and resurrected itself here in Bluff. The streets are two tire tracks which wind through the red sand lined with washed out gaps from past rain soaks. Old missionaries rise up here and there along with morman historical landmarks (for we are in Utah).

I find it of interest that the western root factor seems to run from North to South when we travel these lands. Their is kinship in many scenarios ..but lets face it humans have all landed from one distant mother long ago..or so goes my thoughts
The death of several small children (many in fact) in the cemetary pushed forth the hardness of the land and survival in the 1800's .. One child whose last name was Rowley died at the age of 4... he called my name and I found a beautiful rock to perch on his gravesite. The graves were all surrounded with beautiful stones ... this spoke to both of us...I could live here..
My artistic nature is riding full swing, no shot gun here.. I am in overload.. I must expell and create 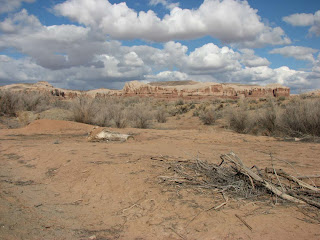 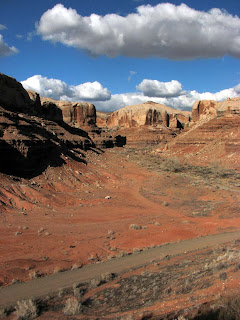 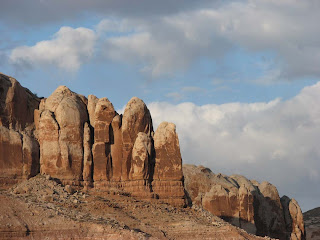 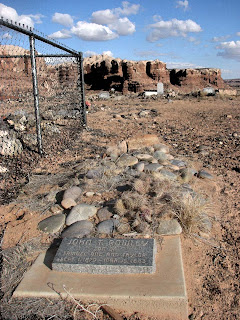 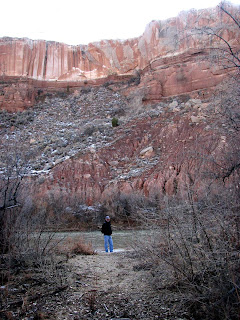 Beautiful shots...so happy for the both of you on your adventure...thinking of you & missing you. sending hugs.