Rain, rain... why did you drop jellyfish everywhere on the beach?

We have a rainy blustery day, but still around 65 degrees. The weather with the stormy sea brought in gobs of jellyfish on the beaches, yes the deadly kind with their bright blue tendrils....ooftah.. yes the man of war...ugh... tons of them with long tentacles waiting to grab you ... :) One grabbed Trace today for at least 22 seconds.. lucky for him he had the the 38 special and he says he blasted the sob....but a massive blue heron saved the jellyfish.. Yes Trace is lost in his own world again as he rode his bike down the shoreline... that is why I love him..
As for me, I took on a four mile walk investigating this strange phenomena...Why did they all come ashore.. ???
They can continue to sting long after they die (or so they tell us). 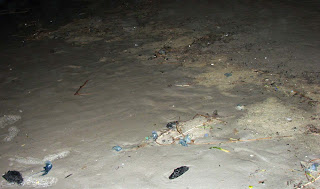 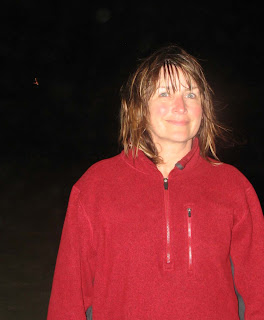